Apple is well known for its inhibitions regarding the apps allowed in the App Store. Some apps which would not normally be entertained do slip in for a while before they get unceremoniously removed. If you did manage to get any such apps before they were taken off, you might still be able to use them. 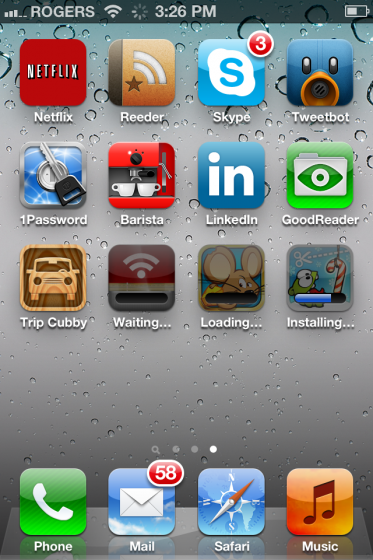 Such apps need to be handled slightly differently as compared to regular apps. Firstly, you won’t be able to find them at the App Store or in the section of your iTunes account that you normally use to re-download an app. The process to install apps that have been alienated from the App Store isn’t terribly hard – you just need to know where to search for.

For this, you need to be able to access the app, which would exist as a file in .ipa format on your computer or device. If the app had been purchased using your computer, it will be available in iTunes. Just sync your iOS device with your computer and the app will be visible in your phone. Once it’s synced, you can use it.

However, if the app was bought on your device, you’d be using it already. You can make a backup on your computer by doing a sync operation because if the app is no longer in the store, you won’t be able to download it again if it gets deleted for some reason. When you sync your device, you’ll see a prompt for transferring purchases made from your device to the computer. If this doesn’t happen, select File > Transfer Purchases to get the app on your computer.

If you want to share an app removed from the store with a friend, you need to shift the .ipa file from your computer to the other one. Go to the folder on your hard drive where all apps are stored and find the related .ipa file. You can then email it or transfer it to your friend’s computer using a USB device.

Exit iTunes on your friend’s computer and place the .ipa file in the Mobile Applications folder there. Then launch iTunes and connect your friend’s iOS device and let it sync.

Now navigate to the Apps tab and look for the app. Check the box near it and resync to get the app installed on your friend’s iOS device. When you click the Apps menu in iTunes, you’ll see the installed app in the list of apps.