Today the app store is home to numerous different iPad magazines titles and apps dedicated to reading and viewing digital magazines. All of the popular magazines that you can purchase at newsstands are generally available in the App Store including Sports Illustrated, People, Lifestyle and Cosmopolitan. The most popular app for reading and viewing digital magazines is called “Next Issue.” Next Issue works differently than other apps in that you simply subscribe to the service and download the app, which instantly unlocks over 80 different magazine issues that are automatically updated each month. If you want a good single magazine from iTunes, you can download the The New Yorker. The digital version of New Yorker is totally free for print subscribers. You can even browse an extensive web archive of already published issues since 1925. 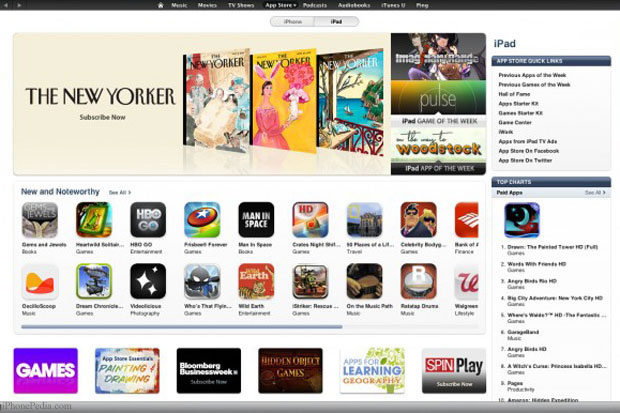 Another app that is fairly popular among magazine readers on the iPad is called Texterity Magazines. This is a unique app that can be accessed from the web versus having to download it. The app provides a digital portal for publishers to publish their content and for people to search, view and download the magazines they want to view. The popular “iBooks” app which is built into the iPad can also be used to view and purchase magazines instead of books. MadeinPresse is an independent app that is accessed from the web. This is essentially a search engine that is devoted towards letting users find their favorite news articles, magazines, websites and other publications that are newsworthy or worth reading on the iPad.