Amazon made many iPhone and iPod Touch users happy by announcing that their MP3 store can now be used by both these Apple devices that can access it using Safari. Everyone using Safari that goes to Amazon’s web store will see a new site that’s optimized for mobile devices. 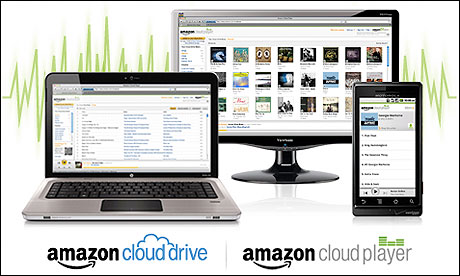 It was built using HTML5 and looks neat. Users can choose between 25 million songs and buy their favorite tracks. They will also see all the other important Amazon features such as best sellers, customer ratings and feedback.

Anything you buy on the Amazon MP3 store will be stored in the Cloud Player for free. You get the choice to either downloaded the track or play it instantly. The same tracks you have bought can also be played with Android tablets and Amazon Kindle Fire.

Ever since Cloud Player was released people have wanted to use it for buying music from Amazon with their Apple devices. Now finally this is possible as all iOS users have access to the enormous catalog on Amazon. You will also receive personalized recommendations, special deals and you’ll be able to use the music you have bought everywhere else as well.

Your previous purchases are kept in mind when putting together a list of music suggestions. This will save you time browsing hundreds and thousands of albums trying to find what you’re looking for.

Amazon Cloud Player was launched last June to give iPod touch and iPhone users the opportunity to take their music service everywhere. Amazon MP3 store access was granted to iPhone and iPod touch users on June 24th and already hundreds of thousands of songs and albums have been bought by iOS users. Devices using non-iOS systems as well as iPads can still use the regular desktop version of the desktop store.