Have your kids appropriated your iPhone while you were away and purchased in-game junk worth tens or hundreds of dollars? Probably not, but you’ve certainly heard of other kids who did just that, sometimes amassing charges of thousands of dollars which their parents had to pay. 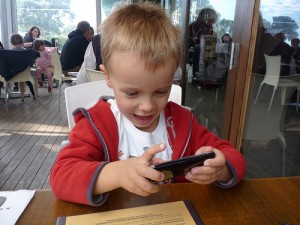 People wouldn’t talk so much about this issue if the sums involved were small. But there have been cases of rogue in-game purchases by kids that amounted to tens of thousands of dollars, and mind you, they were made in the space of just a few minutes.

Games are the culprit apps, and especially Smurf’s Village and Angry Birds, two of the most popular titles on the iPhone. The ease with which kids could buy in-game stuff in these apps has often been criticized, so much so that Apple has recently modified the system to make it harder for kids to buy stuff.

Apple has taken the matter seriously. The company now offers to parents either $5 gift cards for charges that fall below $30, or cash for larger sums. If the sum is really big, like a few thousand dollars – there has been a case of over $30k – then full refunds are generally offered, provided that the rogue purchases were made within a single 45 day period.

Apple has actually created a special website where parents can register their complains and attach to them proof that their children have made the in-game purchases without their knowledge. Note that credits/refunds are only given for games with age ratings of 4+, 9+, or 12+, and apply only to in-game purchases made before May 2nd 2013. After that date Apple has added more rigorous controls for in-game purchases.

This new compensation system is offered to US residents only. That said, in special cases in which the sums involved exceed a few thousands dollars, Apple has offered full refunds in other countries as well.

Right now it’s harder for kids to make in-game rogue purchases than it used to be at the beginning of the year. If they don’t know your password that is. Anyway, it’s best to be prudent and make sure your iPhone doesn’t get in their hands. Or if it does, try to supervise them.