As the number of people who are injured or killed by fake iPhone 5 chargers keeps increasing, Apple has decided to offer a worldwide $10 third-party chargers replacement program from the 16th of August to the 18th of October 2013. This move comes only weeks after a Chinese woman was electrocuted after she answered a call while her iPhone was charging. 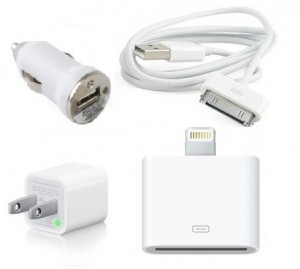 Users who wish to take part in the Apple chargers replacement program and exchange third-party chargers with original Apple ones must go to their local authorized Apple services provider and bring with them their iPhone. In return for their old charger and a $10 payment they will receive a brand-new Apple-made charger. Users can replace up to one charger for every iDevice they own. iPod and iPad chargers can be replaced as well, under the same conditions. Also, during the same interval, Apple will make available a convenient battery exchange program.

Apple has drawn attention to the fact that distinguishing between safe and unsafe counterfeit chargers is not easy, and that whether or not you should replace your charger is in the end up to you. If you own a third-party charger made in China by an unknown brand, it’s best to be prudent and to replace it for an original charger. Also, Apple has said that the fake chargers it will gather will be safely discarded in accordance with environmental guidelines.

The Apple chargers replacement program can also be attributed to an increasing number of complaints from all over the world about the high price of original Apple accessories, and in particular that of chargers, which tend to be sometimes twice as expensive as similar chargers manufactured by other smartphone and tablet companies, although in terms of components they don’t differ too much.

If you own a non-original iPhone, iPad, or iPod charger and have safety concerns related to it, you will want to take part in the Apple chargers replacement program and go to your local Apple services provider, bringing with you your old charger, as well as your device. And while you’re at it, you might want to consider replacing your battery as well.