Deciding Which iPhone to Buy

Deciding which iPhone to buy can be a difficult decision, especially when you take into consideration there are currently three models in production and available for sale. The oldest model is the iPhone 4, followed by the iPhone 4S and finally the newest model, the iPhone 5. Deciding which model to purchase is made more difficult by surfacing rumors of a super-cheap iPhone model which may or may not be released in the future.

The iPhone 4 was released on June 24th, 2010. This phone was a direct successor to the iPhone 3GS and features a 3.5 inch touchscreen display along with improved graphics, processor and storage features over its predecessor. The iPhone 4 can still be purchased today from a variety of sources and it’s still offered by the official Apple Store. This phone is good if you just need a phone for calling, texting, playing games and keeping your life organized at a low price.

A direct successor to the iPhone 4, the 4S model was released in October of 2011 and it shared many of the same features as the iPhone 4, along with extra features and added capabilities. The two phones look virtually the same on the outside but there are numerous software and hardware updates on the 4S model. Most notably was the voice recognition software commonly referred to as “Suri” which can take natural commands to accomplish a variety of functions on the phone.

The iPhone 5 is the latest in the iPhone lineup, and features a larger 4 inch screen, a new and improved A6 processor, and a brand new operating system dubbed iOS 6, which added a whole slew of new features to the phone. The iPhone 5 is the current model in production and therefore costs the most to purchase. However, the iPhone 5 is the most technologically advanced iPhone ever produced, and many people find it to be one of the best smartphones currently in production. If you want the iPhone 5 for a reduced price you can purchase through one of the four major wireless networks in the United States, who will usually give a discount if you purchase a contract. 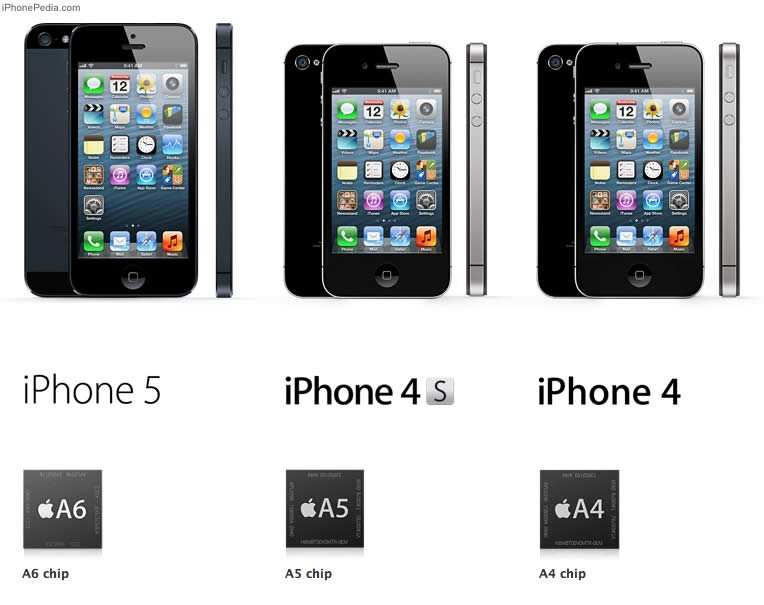 Lately the rumor mill has been circulating with talk about a new, extremely low-budget iPhone set to be released sometime in the future. This phone would cost much less than previous iterations but would also have a lot less features.