The iPod armband is one of the most popular accessories purchased for the iPod. It allows you to secure the iPod to your arm for use while exercising, running or jogging. The idea for the armband was developed shortly after the original iPod was released. Since so many people used the iPod to listen to music while exercising, developers created an ingenious device that could hold the iPod securely into place while you exercised. Putting the iPod in your pocket may work for some, but the headphones are simply not long enough to offer full range of motion when the iPod is so far down.

was released over 10 years ago in 2001. People quickly found the iPod was a great accessory to use while working out and exercising because listening to music helps motivate you and take your mind off the pain or uncomfortableness you may be feeling due to the workout. The first armbands were released shortly after and they featured Velcro straps that would secure to your arm. The iPod slips into the band and is held firmly in while you do your workout. Because the iPod is attached to your arm it will not experience the excessive forces that could damage it like if it was in your pocket or if you were holding it. 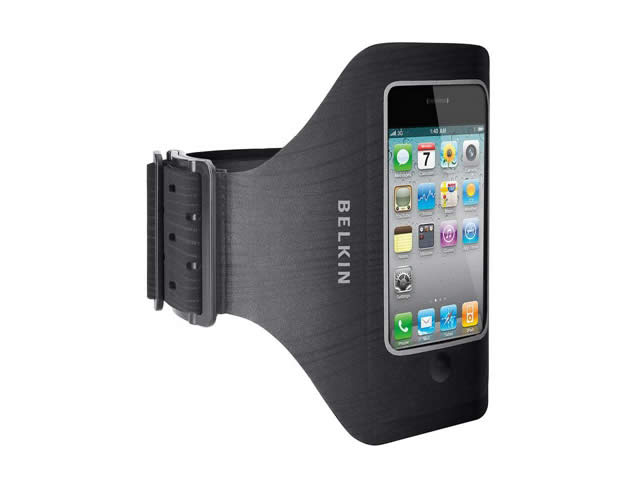 The above 2 armbands are the most popular on the market today, although there are literally hundreds of options when it comes to purchase an iPod armband. Keep in mind that most use the same basic design, and the higher end models usually incorporate a water-resistant coating and cushioning for your iPod to avoid damage from impact and shock. Purchasing an iPod armband will allow you to take your iPod with you during exercise and workout sessions.