Siri is a personal assistant that listens to your voice commands and can help you call contacts, send messages, type, and schedule meetings, among other things. While Siri is not the first voice recognition software to have been developed, it stands out from its predecessors in that it understands natural speech and doesn’t require you to use standard commands all the time. Whenever it needs more information, Siri will ask for it. 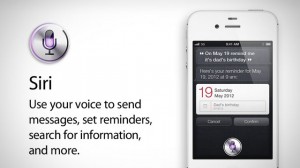 Make Sure You Have Activated Siri

Before you can learn how to access Siri on iPhone you want to make sure it’s activated on your device. Normally, you should have activated Siri when you first turned on your iPhone. If you haven’t activated it already, you can do so now by going to Settings > General > Siri.

You will find there several settings, including ‘Language’. You can change the default language for Siri, choosing British, American, or Australian English, French, or German. Make sure you chose the right English, as Siri is aware of subtle differences in pronunciation.

Siri is a truly intelligent piece of software that adapts to your voice, accent, and speech patterns. The more you use it, the more accurate it gets. So use it daily and you’ll be amazed by how helpful it can be. Now that you know how to access Siri on iPhone go ahead and have fun with it. It’s an outstanding app, one of the best available for the iPhone.