How to Block Calls on iPhone

Want to prevent a disgruntled ex or an annoying friend from pestering you with calls fifteen times a day? Then you will want to block his or her calls. The curious thing about the iPhone is that it lacks a simple and convenient feature for blocking calls; the good news is that iOS 7 will include a call-blocking feature that can block not only calls but also text messages. Until iOS will be released though, learn how to block calls on iPhone the old way, without having to jailbreak your device and lose your warranty. 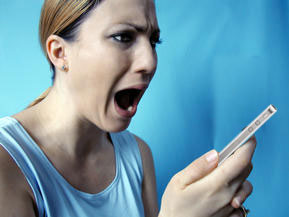 As you can see, blocking calls through the Do Not Disturb mode is not necessarily straightforward. Rather than selecting one or more numbers to block, you will have to select all the numbers you want to allow and leave the others unselected. It can be only a temporary solution to getting rid of an unwanted caller but you probably won’t want to keep the Do Not Disturb mode on all the time. Just for a few days or a week, until you get rid of the buzzing fly.

How to Block Calls on iPhone – Conclusion

A more convenient option to blocking calls is by jailbreaking your iPhone and installing the iBacklist app. But do you really want to do that when you know that iOS will come with a built-in call-blocking feature? Probably not. Wait patiently for iOS 7. And if you need to block one or more numbers temporary before the new iOS is released, use the Do Not Disturb mode as explained above.