How to Choose Between iPad and iPad Mini

In October of 2012, Apple released the iPad Mini, a smaller and more portable version of the tablet PC that was almost single-handedly responsible for reviving the tablet market. Already, though less than a year old, the iPad Mini and similar 8-inch display tablets are expected to reach almost 12% market share in 2013, according to market research firm TrendForce. There are some obvious advantages to the smaller iPad, but the older size has distinct benefits as well. 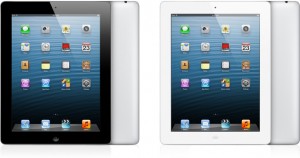 The main way to determine which size is right for you is to figure out how you are most likely going to be using the device. Both models are similar in specification. The camera, including video and audio capturing capabilities, are exactly the same for both devices. Almost all of the software specifications, including language support and file support, are identical.

The chief difference in the two models is going to be in processing power and screen resolution. The iPad comes with the option of a 128 gig hard drive, and while it is nearly unfathomable that you would need such space, especially as cloud computing continues to be a more viable option, it is nevertheless available should you need it. The iPad Mini, conversely, only offers up to 64 gigs of space, but again, this ought to be sufficient for most users.

The video capabilities are the main area in which the iPad is still a much heavier hitter than its smaller cousin. iPad displays offer a resolution of 2048-by-1536 pixels, which is rather staggering in clarity at 264 pixels per inch. The iPad Mini is about half as dense in resolution, but still offers clarity of 1024-by-768, more than adequate for its screen size. The standard iPad also has a bit more juice, since it uses the a6 processor, while the Mini uses the a5, a slightly less powerful processor.

If you are a fan of HD movies, high-resolution gaming, or have a need for tremendous amounts of storage space, the iPad is probably a better bet. Its screen resolution and processing power make it an immensely powerful tool for these purposes. Also, it is an ideal model for business solutions given its more legible size and clarity and the option for the increased storage capacity. However if you prefer using the device as an e-reader or for simpler applications for which resolution is not a factor, then the iPad Mini is definitely the right choice. At less than half the weight of the iPad, it still has a screen almost as large, and is a great device for using on-the-go. It is also significantly more affordable than its predecessor, and likely to get more so when the iPad Mini 2 is introduced later this year.