How to Force Quit an App on iPhone

The iPhone is in a way portable mini-computer, and like any computer that runs apps, it’s bound to become unresponsive sometimes, and then you can end up with a frozen app on the screen. You can then reboot your device, but that means losing a few minutes and sometimes even data, if other apps are running in the background. A convenient way to deal with an unresponsive app is to close it forcibly. Here’s how to force quit an app on iPhone. 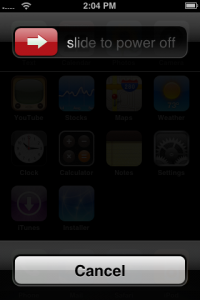 In rare cases, the app can remain stuck on your screen. Then your best bet will be to reboot your device by pressing and holding the lock and home buttons together for seven seconds. Once your iPad powers up, the app should be closed and the problems gone.

If problems persist with your device, do some research online to determine their cause. Virtually any technical problem encountered on iPhone is covered online, either on the official support site and forums, or on technical blogs or websites. Help is everywhere.

A last resort option is to restore your device to factory settings by going to Settings > General > Reset, and then to pack it up nicely and send it to your local Apple repair services.

But in nine out of ten cases knowing how to force quit an app on iPhone will help you deal with unresponsive or frozen apps.