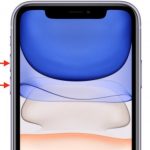 Despite being assimilated with the most cutting-edge technology, Apple’s remarkable flagship smartphone set iPhone 11 might also be a victim of occasional bugs. The American tech giant has designed it with splendid cameras and a powerful battery for long-lasting performance. Nevertheless, iPhone 11 could be unresponsive sometimes. People, however, are prone to switch on or off when the iPhone or any phone gets frozen or surprisingly slow. Sometimes when iOS is completely frozen and unanswering, it’s not even possible to turn the phone off. You have no other way but going for a “hard reset” or “force restart” on your iPhone in these situations.

Encouragingly, iOS has established itself to be a highly stable and reliable platform again and again. The maximum of the software-oriented issues can be resolved by turning the iPhone off and back on. However, this procedure wouldn’t be efficacious always. The short guide denotes how to hard reset your iPhone 11 in case of any emergencies mentioned above. This method also works for other iOS phones: iPhone 11 Pro, iPhone 11 Pro Max, iPhone Xs, iPhone Xs Max, and iPhone XR.

You need to get accustomed to an entirely new process of shutting down your notched device if you’re coming from a Home button-equipped iPhone like the 7 series.

Hard reset the iPhone 11 series is completely different from its predecessors as those performed the same task by a Home button. Over time and having technological strives, the top-notch phone maker has brought enormous changes into the Apple devices that stand out in a surge of commonly used technologies in the market.

Whether that’s a cliche or true, there’s a faster, tested, proven, and guaranteed method that we’re going to show you how. If your iPhone 11 is undergoing serious performance-related issues, you might not even have to go for the ‘Slide to Power off’ option at all. One thing, however, is that you’ll always have to make an immediate restart afterward.

How to Hard Reset iPhone 11 follow the below steps:

Note: Conducting a hard reset won’t erase any data but can be helpful if your iPhone 11 is frozen, won’t turn on, or needs troubleshooting.

After having completed all the steps cited above, your iPhone 11 will restart even if it went frozen. Additionally, you can have an option to trace your steps to dig down the root cause of the issue: a buggy app or a software glitch that might require an update or to uninstall or restore to factory settings.