How to Make Folders on iPad

Making folders on the iPad is easy, whether you choose to do it directly on the device or through iTunes. Folders are useful because you can put a dozen or so apps in them, and thus better organize your screens. If you download a lot of apps from the App Store and want to sort them out into categories to be able to quickly access them later, then you should definitely use folders. Keep reading to find out how to make folders on iPad. 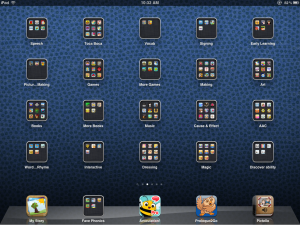 To delete a folder on the iPad, touch and hold the relevant folder until the icons wiggle, and then touch the folder again to see the apps. Drag the wiggling apps onto the home screen, or delete them by touching the black circle in the corner of the icon. Once you move all apps back to the home screen, the folder will disappear.

Now that you know how to make folders on iPad you can better organize your apps. Using folders can help you access the apps you use most frequently with greater ease, increasing your productivity.