How to Stay Fit Using Your iPhone

Technology sometimes gets a bad rap. Video games have become one of the most popular varieties of entertainment in the United States. In 2010, it was estimated that approximately sixty-seven percent of households own a video game system. The prevalence of smart phones has made video games even more universal in recent years, since high-quality games are now available on the go. Video games and television are often blamed for contributing to obesity in the U.S., and there is certainly no question that an active lifestyle will do more for one’s health than sitting around using technology like smart phones, video games, and TV. 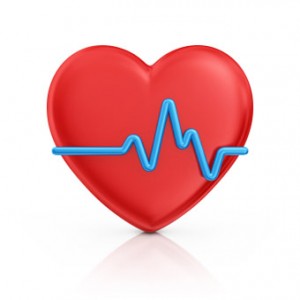 But as it turns out, the two don’t have to be mutually exclusive. App developers, aware that this problem exists, have seized the opportunity to use the power and capabilities of smart phones and video games to create programs and apps that actually help users stay fit. Fitness apps are a booming industry, and there is no shortage of them on the market. Here at just a few of the best and most helpful ones.


My Fitness Pal – One of the more comprehensive apps, My Fitness Pal allows users to set fitness goals and track their progress by logging food and exercise each day. It has a large existing database of food products but also has a UPC scanner so users can easily upload new foods. My Fitness Pal will not only let users track calories and exercise, but it will also allow them to connect to Facebook friends to hold each other accountable to fitness goals.

Nike + – More exercise oriented than My Fitness Pal, Nike + allows users to log runs using the iPhone’s GPS. It will automatically monitor distance and speed, and also provides all sorts of audio motivation for runners. It produces cheers when friends comment on successful runs and also has motivational audio from top athletes.

iMapMyRide – Part of an entire group of iMapMy apps, this app effectively takes the place of cycling computers. If biking instead of running is your exercise of choice, then iMapMyRide is the best app out there. Using the iPhone’s GPS, it will automatically track distance, speed, time, and elevation and log all of this into the app so you can take a look later. Many users have already uploaded routes of given distances and elevations, so new riders can take advantage of this wealth of information and not feel daunted by the task of figuring out good routes in a given city.

This is just a small sample of the apps available. If you desire to stay healthy, let your iPhone work for you rather than against you and take advantage of the available fitness tools.