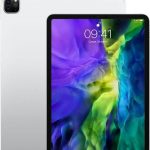 In the end, the only “big” novelty lies in the photo part. The rear APN thus consists of two objectives. The main one displays a definition of 12 MP and the second dedicated to the wide-angle makes 10 MP. The whole is completed by a LiDAR sensor which allows Apple to highlight augmented reality capabilities. Except that, for the moment there are only a handful of applications that exploit this type of technology…

If you were hoping for a radical change of look for the future iPad Pro, know that it looks bad. The first renderings unveiled by a few weeks ago reveal a tablet almost similar to the generation of 2018.

The main aesthetic change occurred at the photosensor. This uses the same triple layout as on the iPhone 11 Pro. A ToF module is also seen on the phone. This info is of course to be taken with tweezers, but the rumors did not go wrong in its predictions. No wonder, the already high price has already soared. Never mind, we stay on a very qualitative panel within particular a refresh at 120 Hz.

Finally, the A12X Bionic processor gives way to the new A12Z Bionic. This new reference remains quite obscure, but it offers more power than the previous generation. The new monster has an 8-Core CPU running at 2.5GHZ and an 8-Core GPU that can easily handle every game in the market.

Since the newly released iPad Pro 2020 keeps the same dimensions as its ancestors, it is however more oriented towards hybrid use. Apple had already shown its desire to improve this type of use by launching iPadOS at the end of 2019. As a reminder, this is a version of the iOS system with an interface intended for large screens and multi-tasks.

If there is one point on which the rumors were not mistaken, it is the arrival of a new iPad Pro magic keyboard specific to the iPad Pro 2020. Named Magic Keyboard, this brings a big novelty at Apple: a trackpad. Presented as a real revolution, this keyboard allows the tablet to be transformed into a small hybrid PC.

We agree, there is nothing revolutionary in this. The propensity that Apple describes as “incredible” the arrival of a mouse cursor in iPadOS ready to smile. However, since the software part has kept to its promises and has been developed to go beyond the stage of a simple tablet, it is now enough to seduce an audience eager for mobile equipment.

As always, accessories are sold separately. As we can see, the Magic Keyboard will be sold at $370. As for the Apple Pencil stylus, it does not change an iota and is bought at $140.