iPad Use in the Classroom

As one of the most popular and best-selling tablets on the market today, people have found literally thousands of uses for the iPad. Popular uses include for entertainment, business, social media and educational. This article will focus particularly on the educational aspect of the iPad, and how it is being used in schools around the United States to help kids learn faster and more effectively.

History of iPad Use in the Classroom

Even though the iPad was only released 3 years ago it is already finding its way into classrooms in the United States. Teachers, parents and educational professionals realize that kids learn more effectively and quickly when they can use technology to learn. Many realize the days of a chalkboard and paper/pencil combination is coming to an end as the iPad and other tablets make their way forward. It has been proven in various studies that kids who use iPads in the classroom are better able to retain the information they learn, and they are better at putting the information to use in the real world and on tests. 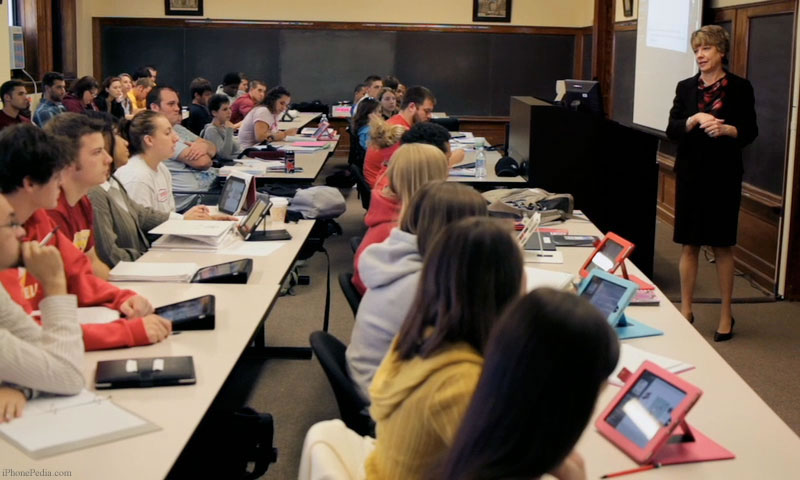 Why iPads are used in Education


Many parents and teachers might have the notion that allowing students to use iPads in schools would only cause unneeded distractions and hardships for the teachers. However, many studies have shown that students are able to respect the technology when they are allowed to use it, and that having iPads in the classroom will actually increase the amount of information retained by students. The topic of keeping kids safe on the internet is also brought up during the arguments of having iPads in schools. Many schools have extremely strict internet firewalls built into their networks which restrict social media websites, pornography websites, violent websites and anything else that might be offensive/distracting to children.

In addition to finding a home in schools, the iPad has found itself being used in many other places as well. People often purchase iPads for personal use, often citing entertainment and being able to connect with friends as primary reasons for purchasing. People in the business world also use iPads to stay on top of the latest stock trades, to communicate with colleagues and other business professionals, and to play some games in their down time. Whatever your reason is for purchasing the iPad you will be guaranteed to have hours and hours of fun while using the device.