iPads On The Cheap: Too Good to Be True?

I’m sure you’ve seen the sites. They are popping up all over the place. They go by a lot of names, but are commonly called penny auctions. They promise inexpensive offerings like cheap iPads, TVs, and other high-end pieces of technology. But are these sites, that often claim to have cheap iPads at as low as $40 or $50, too good to be true? 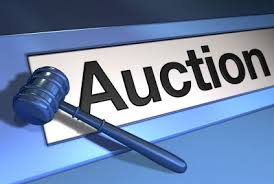 Usually if something sounds like it is, it probably is. Here’s how these sites work. First of all, it is important to know that these “auction” sites or not at all the same as user-supplied auction sites like eBay. The items you are bidding on are actually being sold by the site. In order to bid, users have to purchase bids, generally at around a dollar a piece. Often it can take 20 or even 30 bids to win an auction, so users end up spending hundreds of dollars sometimes just to bid on a product. Win or not, this money is irrecoverable. So even though the “price” of the product goes for only about $50, you are still out more than two or three hundred dollars.

In order for these sites to make money, they have to generate a ton of traffic. Sites like QuiBids, for instance, need to have (and generally do) about 3-4000 bids on a product before it becomes profitable to sell. The profit numbers on products like iPads can be substantial, providing returns of 500% – 1000% on a given product, but again the site must first generate many multiple thousands of users before they will actually start providing such cheap iPads. As a result, often sites will have stipulations, outlined in the terms of the sites, that if a product doesn’t receive enough bids it will not be sold, so the users who did bid are simply out all of that money.

While this may seem perfectly harmless to some people, and while some users have probably managed to get a few underpriced products, the consensus is for the most part that these sites are not worth the risk. The allure of cheap iPads certainly is appealing, but it only takes a few bids on these sites to go wrong before you start getting burned as a consumer.