Is It Possible that there’s going to be an iPhone Mini?

iPhone Mini? Is it Possible?

While literally anything is possible when it comes to Apple now that Steve Jobs is no longer at the helm, people all over the world have been speculating as to whether or not the iPhone Mini is a real deal product that will be undergoing production quite soon or if it is just another concoction of the rumor mill trying to throw people off the scent of the newest iPhone iteration.

Truthfully, it’s almost impossible to know whether or not the Apple iPhone Mini will ever be created let alone released – simply because it doesn’t really make a whole lot of sense for Apple to pollute the marketplace with a second device when their main flagship offering has absolutely no sign of slowing down whatsoever.

Even though there is a lot of scuttlebutt all over the web talking about the fact that Apple wants to produce a more budget based iPhone, a stripped-down offering that wouldn’t be nearly as expensive as the current models are, no signs point directly to the production of a smaller phone but rather a phone that has less high-end components and is sold exclusively to developing nations rather than where the iPhone is traditionally sold today. 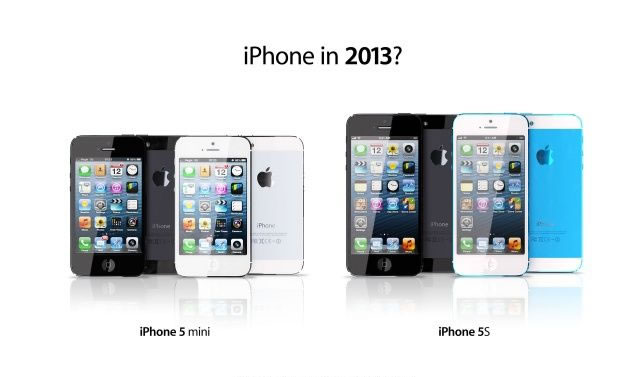 Now, many people point directly to the fact that the iPhone could deal with the same kind of split in its product line that the iPad recently did, when they unveiled their own iPad Mini to the world. But what we have to remember here is that the reason that iPad was created in the first place was to answer the call of Android tablets that were being rolled out at smaller and smaller form factors and threatening to dominate the space if Apple didn’t act.

Just a simple look around at the majority of the high-end cell phones that are being produced today would point you in the direction of devices getting larger and larger rather than smaller and smaller, really putting the nail in the coffin of the iPhone Mini before it even got off the ground. No, it’s much more likely that Apple would produce an iPhone that wasn’t nearly as powerful as its current generation (something more along the lines of the original iPhone) and selling them to developing nations rather than trying to squeeze down their flagship phone in an effort to capitalize on a market demand that isn’t even there. This would be the Edsel approach to product creation, and we all know how that ended up working out.