The iPad Remains the Leader in the Table Market in 2013

Affordable Android-based tablets seem to threaten the supremacy of the iPad, which although remains the best selling tablet in the world, holding the largest market share, appears to be losing ground to its cheaper rivals. The iPad is certainly not the most affordable of tablets, so it’s not at all surprising that as new models of affordable tablets emerge on the market – most notably those produced by Samsung – its market share is declining. Find out more about the iPad market share below. 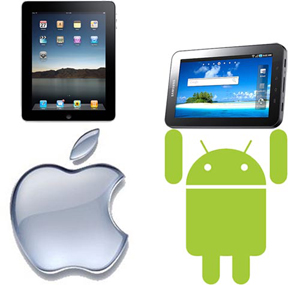 Although Apple no longer dominates the tablets segment as clearly as it did last year, it remains the company with the largest market sale, 32.4%. Its closest competitor is Samsung, with only 18%. So although more people use Android-based tablets than iOS ones, there is yet no single manufacturer of Android tablets that can match Apple in terms of sales. Samsung, however, keeps increasingly its market share, from 7.6% last year to 18% this year (second quarter), and remains Apple’s biggest competitor.

No less than 28.2 million Android-based devices have been shipped so far (second quarter), compared to 14.6 million iPads. Keep in mind that Android devices are generally much more affordable than the iPad, which remains one of the most expensive tablets on the market. Worth noting is the rise of Microsoft tablets, which were virtually insignificant on the market a few years ago, but which have sold so far this year 2 million units.

All in all, the tablet market is at present a bit more lazy than it was last year, but sales are likely going to increase massively in the fourth quarter, when Apple will release the new iPad, and when Amazon will unveil its new generation of tablets.