What is FaceTime on iPhone

When the first iPhone rolled out, it was seen as may be the most revolutionary consumer electronics product to ever hit the market since the day that the iPod first exploded onto the scene. The device that catapulted Apple into the stratosphere of one of the most powerful and influential electronics companies the planet had ever seen, more and more people are jumping aboard the iPhone train in gigantic numbers – and a large part of it is the ability to use FaceTime.

Understanding your iPhone – What is FaceTime on iPhone?

Anyone that has used a computer in the last few years has probably heard of videoconferencing, especially if they’re familiar with using the Skype service. Basically allowing you to connect over the Internet with a video camera on each end, the oak conferencing has exploded in popularity in the last few years even though many people have said that it’s a long time coming (Star Trek fans in particular have been very vocal about how Gene Roddenberry really pioneered by this development).

Think of FaceTime as a videoconferencing service that you don’t have to be sitting in front of a computer to use. No, it is a 100% integrated software feature that you can use with your new iPhone to connect to anyone who has an iSight camera and the FaceTime software. Originally it was only a service provided to people who had also purchased an iPhone, but the service has spread to anyone on an iOS device and even some brand-new Macs. 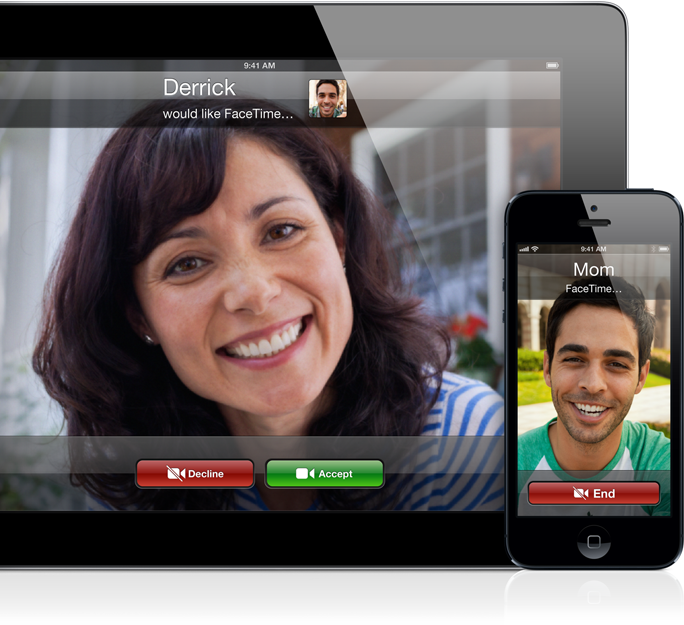 All one has to do to make a call with FaceTime is fire up the software and use the front facing camera on their iPhone to communicate – never worrying about extra costs being tied up. You’ll want to make sure that you are using FaceTime only when you are connected to a Wi-Fi network or have an unlimited data plan, simply because videoconferencing can really chew up a considerable amount of data in a hurry.

All in all, it’s a pretty neat feature to be able to make videoconferences happen with nothing more than a cell phone in your pocket – a technology that was a staple of 1950s and 1960s science fiction but a very real service that we can all tap into today. If it seems like we are living in the times of the Jetsons thanks to FaceTime you certainly wouldn’t be the first to get that feeling – though were still waiting for those flying cars!